Let’s have a look at 10 reasons how a beard can make you more handsome than you ever thought possible.

Beards has come and gone through the years, but men have always looked more manly and handsome with a beard. It is not a new trend that is only starting now; it is a trend that has been on the rise since the coming of days. Men have always grown beards in different styles, shapes and sizes.

A long thick beard can even be used to cover-up an imperfection or two. Nevertheless, a well groomed beard on a man can make a woman go weak at her knees without him having to use any pick up line.

So let’s have a look at 10 reasons why men should grow beards, and see if we can help the few guys out there that may be in the unfortunate position of having a lady that just don’t like beards.

10 Reasons Why Beards Can Make You More Handsome 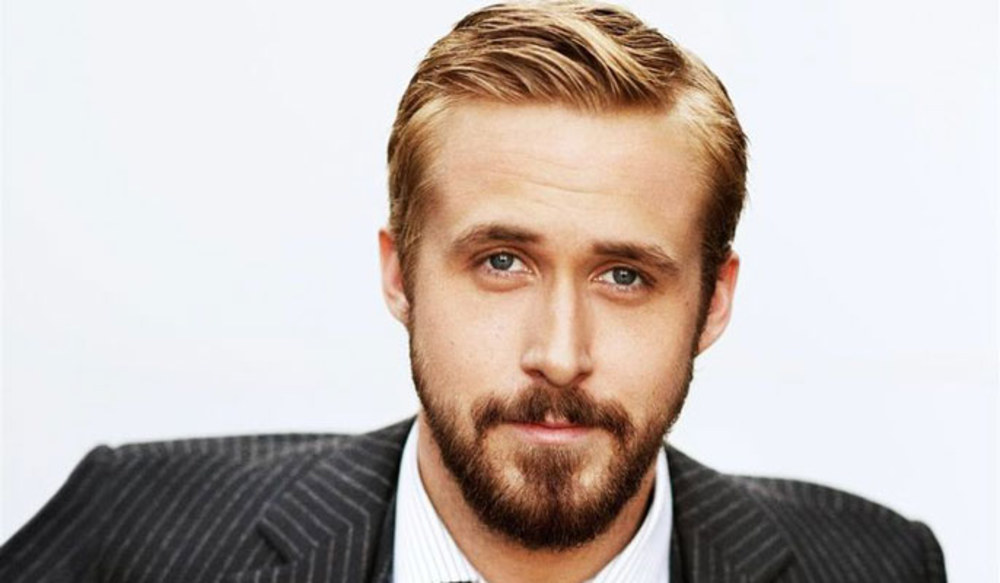 Believe it or not, but research has shown that by having a beard it actually triggers something in people subconsciously, that makes people around you give more respect to you and give more value to your views. A beard has always been a sign of wisdom in men.’

In more modern times, young men has rebelled against growing a beard as often, but I am still to hear of a man that has not at least once in his life played with the idea or actually have grown a bread.

People that have shorter beards, need to make extra time in their daily routine to groom their beards since an untidy beard can have the exact opposite effect than what you are looking for .A beard, properly taken care of and groomed however, can really balance your facial features.

A longer beard also has the added benefit of covering up that imperfection that you are so tired off, thus boosting your self-confidence.

A man can show of his masculinity through his well groomed beard the same way one identifies with a lion’s mane. Let’s have a look at a few different opinions from women about beards:

According to Megan Cahn, clean shaven men are just creepy. She is crazy about a guy with a beard, especially loving touching it.

Victoria Hoff likes beards and long hair. Kate Winickfeels that beards gives masculinity to men that is weak-chinned, seriousness to the inconsequential and ruggedness to the totally useless.

Everybody knows the saying that a change is as good as a holiday.Why then, should it only be woman that have the opportunity to change their look as they see fit?

As with everything worth doing, a beard unfortunately takes times, just like women growing their hair, but the end result could be well worth it.

No one is taking anything away from the fact that that baby smooth shave feel is awesome but how long does that last before your woman starts complaining about your beard scratching her when you try to steal a kiss?

For those indecisive about a beard, try the following. Take a few weeks growing a short beard and keep it there. A short beard might get away with less grooming and you also have the added benefit of never having to shave, just tidying things up in the morning.

Have you ever seen a well groomed man and thought about the time and effort that he had to put in to achieve that look. Or have you, just like many of us, thought that it just comes naturally to him or that it is in his genes to look like that?

The reality however, is quite different. To look that good takes a lot of dedication and maintenance. You should also realize that you cannot just focus on one part of your body.

Starting at the hair, it flows through your beard and eventually ends up in your toes.Almost every part of your body have some type of hair that needs to be groomed at the right time and length to give you that just right look, I am not saying that you must become completely hairless, as this could elicit an awkward response from strangers, just do the right thing at the right intervals.

Try changing your daily routine to the following to get that perfect groomed look: 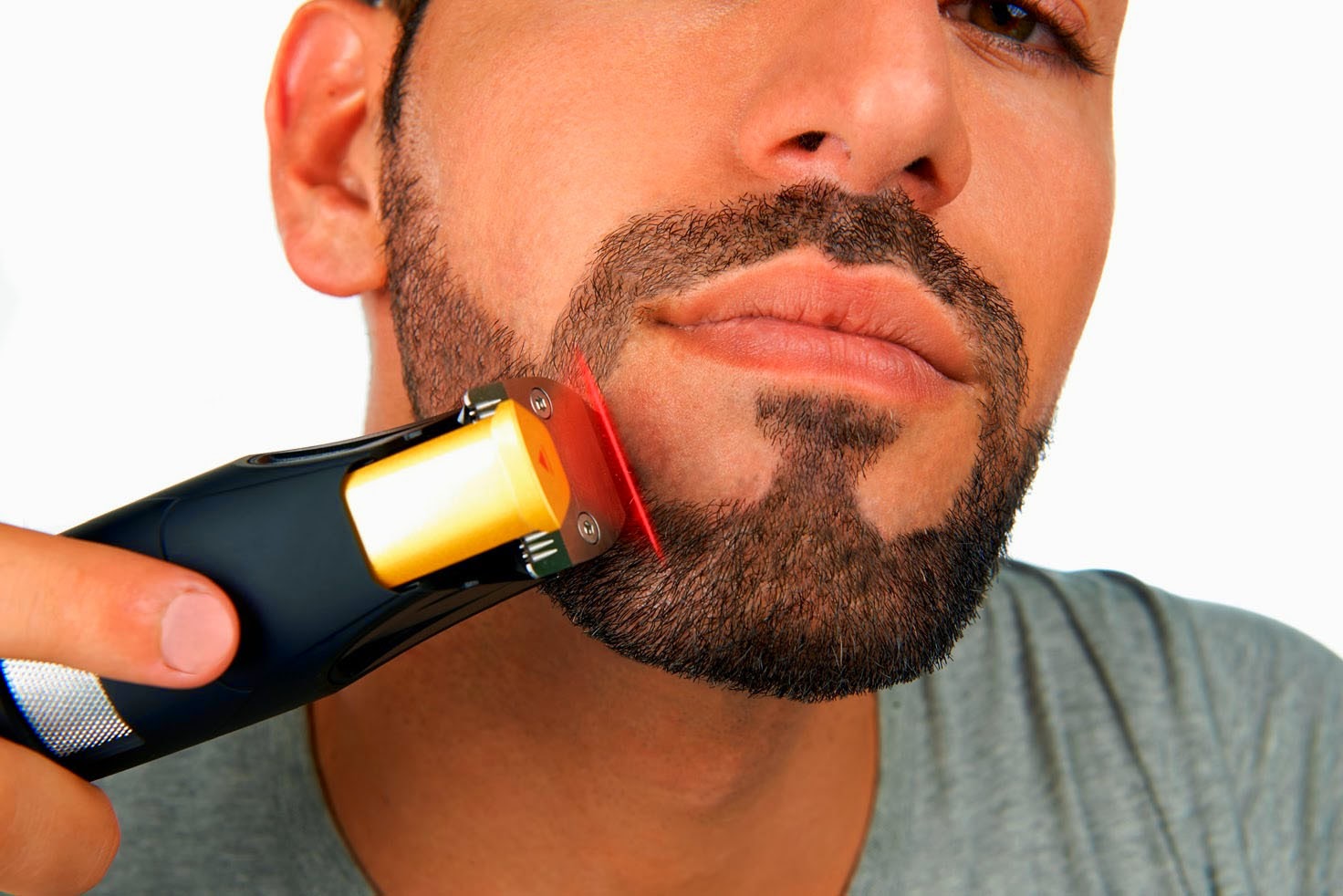 This may sound counterproductive, but if one is to think logically about it, it would start to make sense. Allow me to explain.

Your face for the most part has delicate skin, with this reality being true for most humans. With a razor, you are essentially scraping some skin off, also removing the hair in the process.

This could lead to a look similar to that of a tomato for a few hours for some as the skin is being irritated by the metal. Switching to a hypo-allergic electric shaver could alleviate this problem.

This process removes dead skin cells gently, unlike a razor ripping them off. It allows fresh healthy skin cells to take charge and feature on the foreground, making for a healthy looking skin. It will also make shaving less painful,

Shave in the shower.

Steam and hot water everywhere, a nightmare for hair and a dream come true for your razor. The hot water softens the hair and opens up the pores of your skin, making for a much gentler shaving action, while cold water does the exact opposite.

Cold water does have merit in this situation. After applying a gentle moisturizer or aftershave lotion, plash your face with cold water to lock in the freshness.

Do a face cleansing routine with a glycerine based soap before shaving.

Soaps like these normally have a soft cleaning action on your skin and are mostly enriched with healthy ingredients like Vitamin D and E. This feeds your skin while at the same time relaxing it in preparation for a sharp razor blade.

Razor blades, that thin pieces of metal in front of your razor, are not designed to handle lots of debris and motion. Taking shorter strokes allows debris to dislodge and help the blade retain its shape.

Do not press down too hard

The very same thin piece of metal warps under pressure. This causes the sharp edges to dig in deeper into your skin, causing unnecessary damage.

These blades are sharp enough to excel in their task with only a light pressure. It might seem counterproductive, but due to the high pressure warping the blade, a light pressure actually gives you a closer, more accurate shave

Change your blade at acceptable intervals.

Blades do not stay sharp forever. Dull blades have a tendency to irritate your skin since they grab onto, instead of cutting into, hair on your skin.

Since most men think they can compensate for a dull blade by pressing harder, these blades also have a higher tendency of cutting the skin.

There is an old saying stating that nothing is as sharp as a dull blade, a saying many whom has cut themselves can testify to.

It helps your skin staying healthy and supple. This can greatly enhance your skins’ ability to protect itself while shaving.

Also remember that beer can not be considered hydration. It may quench your thirst, but alcohol has a negative influence on hydration. Have you ever notice how many times you frequent the restroom during an outing with the boys?

The younger men out there that still have youthful look that make older men think you are still a baby, not to be taken seriously.

Try growing a beard, it will definitely help you to look more mature and be taken more serious. Especially so if your nature is more on the serious side.

You would be pleasantly surprised to find out how many women love kissing a man with a clean well groomed beard, a beard that is well past the scratchy stage.

A beard that does not give them whisker burn, broadcasting to the world that last night they had been making out with an unshaven man.

The best advice you can take is to hang on to your beard, caressing it as it grows into an extension of you that women love.

Even if this means that women will hate you for the first two weeks, this is little to sacrifice for a lifetime worth of pleasure and praise from women all over the world.

Why is this, you may ask? For a lot of woman, a man growing a beard shows that he is different, secure in himself and manly.

This really has a great sex appeal to millions of woman. Kissing a man intensely, can really turn woman to jelly. Please just ensure that your beard is well kept and clean. Finding a piece of last night’s dinner in there may very well turn out a dear John letter instead of jelly.

For shy, introverted men, a beard can really count in your favour, as this adds to your mystery. Women loves mysterious men, as they are often unpredictable.

Though being unpredictable, by itself does not make you attractive, it does lend you the benefit of being intriguing to women.

It raises the bar on the interest women has in you, since they cannot take you at face value. It wants them to explore you, to quench their desire to gain knowledge.

Finally it would be wise to consider the following. Unlike our favorite wizard from Lord of the Rings, not everyone can grow a full beard, and between those that can, not everyone has facial features complimenting a full beard.

If you are in one of these unfortunate positions remember the following: there are other ways to look handsome too.

Being simply irresistible to women, also does not purely lay on the outside appearance. Your being, your soul, even your humble smile can be the deciding factor between jelly and John.